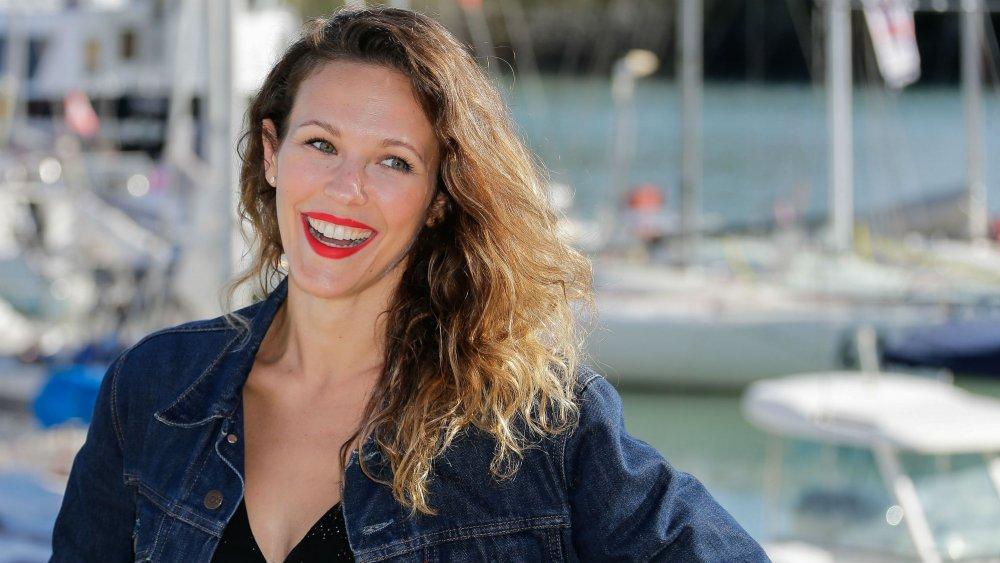 By Melodie Capronnier
Share
Send by e-mail
I certify that I do not send spam emails
In an open letter, Lorie Pester, asked the President of the Republic to authorize the preventive freezing of oocytes for all. Suffering from endometriosis, the singer denounces an inequality between men and women.

Lorie Pester revealed a few weeks ago that she had endometriosis and had frozen her eggs in Spain. In the Huffington Post, on Thursday, October 18, 2018, she published an open letter addressed to Emmanuel Macron, asking him and the government to finally expand access to self-storage of oocytes. His appeal comes after the National Consultative Ethics Committee expressed itself in favor of this procedure.

"Thousands of us have this ardent hope of giving life. [...] It is time for the government to hear our call and extricate us from this dilemma that forces us to break the law to give life because it is good of what it is about”, explains the singer and actress. In France, oocyte freezing is authorized in the context of donations, but also for self-preservation in the event of serious illnesses, such as cancer or endometriosis. Except that there is a nuance, explains Lorie Pester: "I suffer from endometriosis but not severely enough for my country to support my desire for pregnancy. Like one in ten women in France, I fear never being able to become a mother, so to be told that this evolution would be a matter of "comfort" is unacceptable and incomprehensible". According to her, the current law pushes women in the same situation as her to make "extreme decisions". She adds: "This law weighs on me, weighs on us, heavily, on a daily basis. It is a source of psychological suffering which is added to that caused by the disease itself".

Freezing your eggs abroad, a choice that not all women can make

Whether or not they have endometriosis or other diseases, all women should be able to freeze their eggs, explains Lorie Pester. "If I had been told that at age 25 the probability of having a child per cycle was 25%, 12% at age 35 and 6% at age 40, I would have put all the chances of my side, by freezing my oocytes. When I was younger, I wanted to be a mother at 27, like my parents. I found the gap perfect but it didn't turn out that way. Today I'm ready but endometriosis m 'prevents it and the law forbids me,' she says. She adds: "The responsibility would fall on each of you to take "her own arrangements" to satisfy her maternity project before the fatal deadline. If, like me, the evil that is eating away at you is not severe enough in the eyes of the law; if you are single, 35 years old. If you haven't met the ideal partner and have made the choice to pursue professional opportunities. Arm yourself with courage."

Video of the day:

Lorie also emphasizes that this "responsibility" lies with an injustice. "I was lucky enough to be able to freeze my eggs in Spain. But there are plenty of women who can't do it because it's expensive and because they don't know where to go," he says. -she at Europe 1.

The conservation of gametes, an inequality between women and men

For Lorie Pester, there is an inequality between women and men with regard to the conservation of gametes. "Consciences are waking up timidly but French women still do not have the right to dispose of their bodies," she wrote in her open letter. She explains that women are subject to a very strict law to keep their eggs, which pushes them either to have to go abroad, or to put aside the idea of ​​being a mother. However, for men, storing their sperm is much easier, she told Europe 1: “I was very surprised to see that men could freeze their sperm with a simple prescription. that we try to fight against this inequality and on this point, we are far from it". She ends her text by addressing Emmanuel Macron and his government directly: "I swore [...] to embrace this fight so that our country, without further delay, is up to this meeting. with its citizens. Mr. President, on behalf of all those unjustly discriminated against women in our country, I implore you to walk the talk."